Ellie Balk – Visual
Ellie Balk uses math and data to inspire her public art. Using mathematical concepts, she creates systematic rules such as color codes to use as the basis of her artwork and installations. She has even developed programs with public schools in St. Louis to help teach visualizing mathematics. Last May, she finished the fifth mural in a series of murals called Visualizing Pi in Williamsburg, Brooklyn. Over the summer, she completed her largest mural yet, a 400-foot building wrap at the Terminal 2 Baggage Claim at the St. Louis Lambert International Airport. Last summer she also had her most recent sound and visual installation on view at the Contemporary Art Museum in St. Louis. Balk splits her time between Brooklyn, New York and St. Louis, Missouri while also traveling internationally for residencies in Mexico, Senegal, and Argentina. Lamar Harris – Music
Lamar Harris is a versatile entertainer and respected artist, educator, arranger and music director. For eight years, he was the Director of Bands for Crossroads College Preparatory School where he designed and instituted a $65,000 music production lab. In 2010, he was one of twenty-one award winners in Missouri for the Peabody Logos Leadership in Education Award. Harris has received recognition throughout his musical career. He was the Riverfront Times’ Best Jazz Artist and Best Funk/R&B/Soul award winner in both 2010 and 2013. In July 2014, St. Louis Magazine named him the Best Multi-talented DJ in St. Louis. His work in music also extends into theater. Harris was a cast member for the musical Buddy, The Buddy Holly Story at the Muny Theater in St Louis. And, in 2017, he was appointed as Music Director for Shakespeare in the Streets. James Ibur – Craft and Traditional
James Ibur is a sculptor who explores ideas about decay and permanence by making contemporary relics. Ibur works as a professor of art at St. Louis Community College-Meramec. At STLCC-Meramec, he serves as Head of Ceramics as well as the Assistant Chair of the Department of Design, Visual and Performing Arts. He has exhibited regionally and nationally for the past thirty years after receiving his MFA from the University of Illinois/Champaign-Urbana and BA from the University of Colorado/Boulder. He has completed residencies at UC/Davis, The Archie Bray Foundation in Helena, Montana and the Banff Centre for the Arts in Banff, Alberta, Canada. Ibur also writes music and lyrics and plays guitar for the band Flying House and is the proud father of multimedia artist, Wolfgang Ibur. Kahlil Irving – Craft and Traditional
Kahlil Irving is a multimedia artist who challenges the realities of racism, the structural barriers that separate communities, and the objects that exist within the history of decorative arts. Irving completed his BFA in art history and ceramics at the Kansas City Art Institute and his MFA at Washington University in St. Louis. Irving was awarded the 2017 Alice C. Cole Fellowship from Wellesley College and the Lighton International Artists Exchange Program Grant which offered a residency at the University of Pecs in Hungary. His work appears in the collections of the Riga Porcelain Museum, in Riga, Latvia, the Foundation for Contemporary Ceramic Art in Kecskemet, Hungary, The Ken Ferguson Teaching Collection at the Kansas City Art Institute in Kansas City, Missouri, and The Nerman Museum of Contemporary Art at Johnson Community College in Overland Park, Kansas. 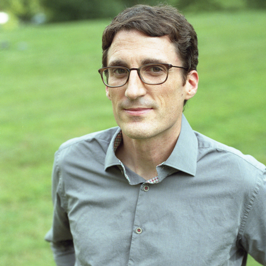 Edward McPherson – Literature
Edward McPherson is the author of three books: a biography of the silent film star Buster Keaton: Tempest in a Flat Hat, an exploration of the history of bridge The Backwash Squeeze and Other Improbable Feats, and his latest book, published in 2017, The History of the Future: American Essays. He has written for the New York Times Magazine, the Paris Review, the American Scholar, the Gettysburg Review, Gulf Coast, Salon, Guernica, True Story, the Southern Review, Epoch, Essay Daily, Catapult, the New York Observer, and Talk, among others. He has received a Pushcart Prize, a Gulf Coast Prize, a Minnesota State Arts Board grant, and the Gesell Award from the University of Minnesota, where he received his MFA. He teaches creative writing at Washington University in St. Louis. De Nichols – Design
De Nichols serves as the director and principal designer of Civic Creatives, an impact design studio that partners with communities to confront social issues. She is the visioning artist of the Mirror Casket, a sculpture and performance created during the 2014 Ferguson protests, which was later collected by the Smithsonian Institute’s National Museum for African-American History and Culture. She is also the youngest member of the Board of Directors for Forward through Ferguson. Nichols is a national Ideas that Matter recipient, a two-time Clinton Global Initiative innovator, and a winner of a St. Louis Visionary award. Most recently, she was named a 2017 Citizen Artist Fellow of the John F. Kennedy Center for Performing Arts with mentorship by esteemed cellist and educator, Yo-Yo Ma. Nichols attended the Sam Fox School of Design & Visual Arts and the Brown School of Social Work at Washington University in St. Louis. Kim Portnoy – Music
Kim Portnoy is a composer, arranger, jazz pianist, and Director of Composition Studies at Webster University, St. Louis. His compositions have been featured at national and international institutes and conferences. As a jazz pianist, Portnoy has appeared with vocalists Erin Bode and Roseanna Vitro and St. Louis Symphony concertmaster David Halen. He has been commissioned by such diverse organizations as the United States Air Force Band of Mid-America, the St. Louis Children’s Choir, the Sheldon Arts Foundation and the St. Louis Low Brass Collective. Portnoy’s work has been recorded by St. Louis Symphony bass trombonist Gerry Pagano, the United States Air Force Band of Mid-America, and Max Jazz artist Christine Hitt. A new recording of Portnoy’s chamber music featuring performances by The Trombones of the St. Louis Symphony, The Arianna String Quartet and others will be released in 2018. Justin Reed – Literature
Justin Reed was born and raised in South Carolina but currently lives in St. Louis. His first full-length collection of poems, Indecency, is forthcoming from Coffee House Press in May 2018. He previously authored a chapbook, A History of Flamboyance, published by YesYes Books in 2016. His work has appeared in African American Review, Best American Essays, Callaloo, The Kenyon Review, Obsidian, and other publications. His essay, Killing Like They Do in the Movies, was selected for the anthology Best American Essays 2016, edited by Pulitzer Prize nominee Jonathan Franzen. He holds a BA in creative writing from Tusculum College and an MFA in poetry from Washington University in St. Louis, where he also served as Junior Writer-in-Residence. He has received fellowships from the Cave Canem Foundation and the Conversation Literary Festival.

Jacqueline Thompson – Theatre
Jacqueline Thompson is an assistant professor of acting and directing at the University of Missouri-St. Louis. She is a theatre maker passionate about creating art to promote social change. She has acted in productions for The Black Rep,  Shakespeare Festival St. Louis, Repertory Theatre of St. Louis, Upstream Theatre, and others. As a director, her selected projects include Shakespeare Festival St. Louis, Shakespeare in the Street’s The World Begun (2015), and The Telling Project-St. Louis (2016). In 2015, she was the lead St. Louis producer for Every 28 Hours, a national collaboration with Oregon Shakespeare Festival and The One Minute Play Festival. She received an MFA in acting from the University of Louisville as well as a graduate certificate in African American Theatre. Brett Williams – Media
Brett Williams is a performer and artist whose work utilizes both physical installations and sound. He has shown his work throughout the country and even internationally at the Kunstraum Kreuzberg/Bethanien in Berlin, Germany. Some of his selected exhibitions, performances, and screenings include the Satellite Art Show Miami Art Week 2017, Expo Chicago 2013, Contemporary Art Museum St. Louis, The Luminary Center for the Arts, Open Lot Nashville, and the Toy Shop Collective, Brooklyn. He is the recipient of numerous awards, grants and fellowships including the Creative Stimulus Award, Critical Mass for the Visual Arts, and the Kresge Foundation Arts in St. Louis Grant. Williams received his BFA in 1996 and his MFA in 1998 from the School of the Art Institute of Chicago.

About the RAC Artist Fellowships

The RAC Artist Fellowships initiative was created based on the findings of the landmark 2012 Artists Count survey. It indicated that the most pressing need of regional artists was financial support in order to pursue their art and their careers. The goal of the artist fellowship is to advance the individual artist’s creative journey by providing funds to allow for time and space to study, reflect, experiment, explore and create. The RAC Artist Fellowships are awarded each year to ten St. Louis area artists of various disciplines to foster and invest in the careers of individual artists. The award amount is $20,000 for each artist fellow.

About the Regional Arts Commission

The Regional Arts Commission (RAC) is at the forefront of efforts to transform St. Louis into a more vibrant, creative and economically thriving community by elevating the vitality, value and visibility of the arts. It is the largest annual funder of the arts in the region, and since its inception in 1985, RAC has awarded more than 7,000 grants totaling over $100 million to support nonprofit arts, individual artists, cultural organizations, consortiums and programs. Directed by a board of 15 commissioners appointed by the chief executives of St. Louis City and St. Louis County, RAC is a pivotal force in the continuing development and marketing of the arts in the region. Visit www.racstl.org for more information, or follow us on Facebook at Regional Arts Commission or Twitter @RACStLouis.
Download the 5th Cohort Artist Fellow Profiles PDF.